One of my favorite scenes in Home Alone (tis the season to watch that movie again) is when little Kevin, home alone, realizes that only he can stand up to the bad guys about to invade his house. He’s scared as heck but knows that sometimes a kid’s gotta do what a kid’s gotta do. So as he is having what might be his last meal and the clock strikes the hour that the bad guys said they would return, he gives himself a little pep talk “This is it. Don’t get scared now.”

There have been many times in my life when I have been scared before I am about to do something and have to give myself the same pep talk. At work or school when I’m about to go on stage to give a presentation “This is it. Don’t get scared now.” When I’ve signed up for a race or Tough Mudder and know that I haven’t trained as hard as I should and I arrive to the starting line, “this is it. Don’t get scared now.”

I usually do pretty awesome at presentations, and even though I’ve arrived fat, out-of-shape, and undertrained to the starting line, most of the time I’ve been able to keep trudging along and make it all the way to the finish line. Of course, there have also been times when I have failed miserably. But I do it.

Like the old man tells Kevin in the movie, sometimes we stop ourselves from doing things because we’re scared. Usually the things we’re scared of are made worse in our own minds than they turn out in real life. Not to say that somethings aren’t scary in real life, but “Courage is being scared as hell and saddling up anyway.”

I’m gonna do a Tough Mudder in March, a hundred miler in May, and another one in October. I’m scared. I don’t even like driving 100 miles much less running it. Crewing for my brothers’ races and seeing their blisters, cuts, and watching them limp and struggle to keep every muscle moving them forward to the finish line is scary. I don’t think that I am as tough as them. But I can’t let my fears stop me from going out and trying to do what I want to do. 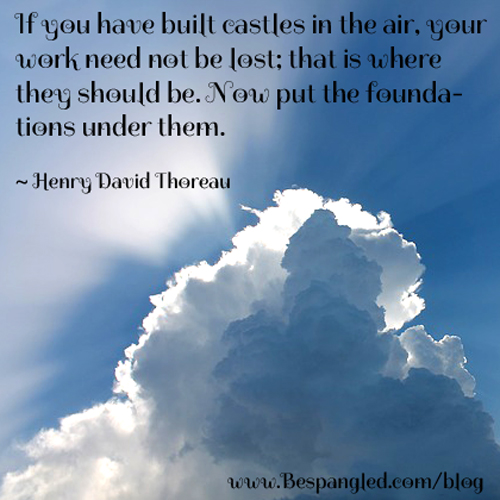 What do you want to do? What’s holding you